Not satisfied with her own success in IT, Barbara Jones, founder and CEO of LilliiRNB, resolved to not only set an example but to help other women, especially women of color, do the same. “I was always the only Black woman coder in the company.” Jones explained, “But I got tired of it and decided to do something about it.”

Just like in media, representation matters in the workplace too. When you’re the ‘only’ in the room, it can be very intimidating. Jones recalls speaking to many Black women with Computer Science degrees who decided to leave IT because they were uncomfortable at work as the only Black person on the team: ”If you leave, how are we going to show other Black women that they can do this?”

She put herself through college working as a cashier at an Austin Texas area thrift store and graduated from the University of Texas at Austin as one of only 4 Black students in the Computer Science Program.  After obtaining a degree, she landed a job at a startup that happened to be working on point of sales technology. Her combined work and school experience made her the perfect employee as she understood the needs of a cashier. Following that company’s acquisition by Oracle, one of the world’s leaders of software and IT, Jones was inspired to build her own startup.

LilliiRNB is an integrated consulting company serving the retail point of sales (POS) market based in Atlanta. It works with retailers large and small on their POS systems installation, maintenance, and customization. The company recently began developing software that will help companies with managing and processing store returns.The COVID-19 pandemic led the company to expand its services to include tech that tracks each facility as it’s being cleaned to comply with safety. LilliiRNB is thriving and is an Oracle Retail Gold Partner that works with Fortune 500 companies including some of the largest retailers in the world.

In 2017, at the urging of her mentor, Jones applied to the first cohort of Ascend Atlanta at tech square labs. That first program focused a lot on how to put together pitch decks and different ways of raising funding. Jones’ company, as well as many others from that very first group, are now on the rise in Atlanta. “Ascend changed a lot of people’s business,” she says, “Many of those companies are still in the ecosystem and growing and have press, access, tools, mentors, and resources thanks to Ascend.”

Jones later went through the Ascend program a second time which was focused on sales and how to grow a company. She met her director of sales during that second program. Jones says she felt a sense of community being in cohorts composed of an equal balance of men and women, all of whom were professionals of color. “The entrepreneurial journey – it’s lonely – this program gives you someone to be in the trenches with.”

Jones has worked and travelled all over the world during her 20 years in tech and rarely did she see any other Black female programmers. Part of LilliiRNBs’ mission is to try to get more women in general into programming, IT, and retail technology. “There are so many barriers to entry, then it’s hard to get through these programs, and once you get through and graduate – you’re by yourself and that’s unnerving.”

For Jones, building a successful company has been hard but rewarding. “I believe in my company. We have a strong team and mission. We want to see more women, especially black women in IT. Ascend really helped give us the tools to do what we do and help others.”

To that end, LilliiRNB intentionally maintains a diverse team including many professionals of color, women, and LGBTQIA+ employees. Jones has noticed other big tech companies starting to make the shift towards diversity and inclusion as well. “I believe that if you want to have a diverse team in tech, you can. There are Black women who are coders. You just have to look.” 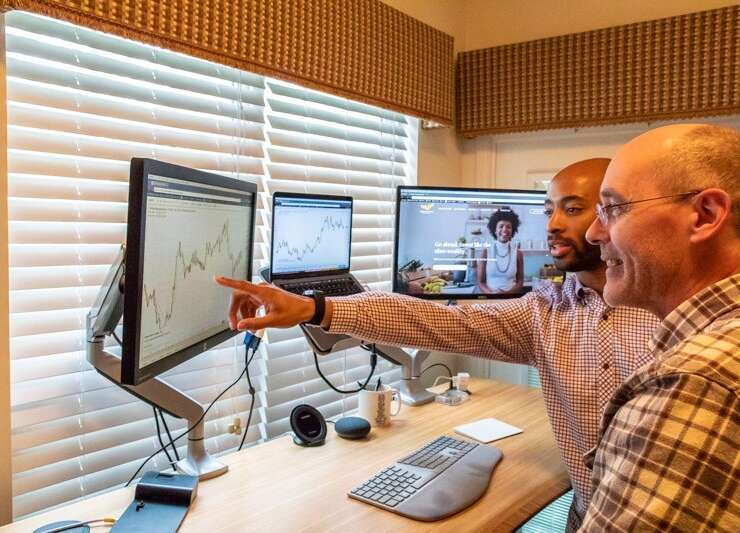 Why We All Deserve a Financial Planner: An Interview with Freeman Capital